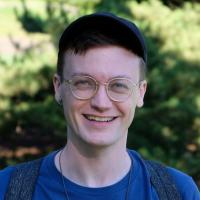 My research examines how 'literary' authors position their work with regard to other disciplines and domains in the 18th and 20th centuries. The authors that I study are concerned with imaginative writing's political potential and its capacity to produce knowledge. In their often formally daring, genre-defying texts, they both adopt and contest philosophical, political and scientific concepts to articulate their views on what we now call 'literature'.

The End of Sex, my current project, approaches this topic through a case-study of Monique Wittig and Jean-Jacques Rousseau. I show that in the 1970s and 80s, Wittig developed her uncompromising version of lesbian feminism through an appropriation of Rousseau's thought. She deployed his concepts to critique the social sciences' naturalization of heterosexuality (including what is today referred to as 'the gender binary'). In her novels and essays, Wittig both called for and envisioned a world in which sexual difference has been abolished. Her surprising appropriation of Rousseau leads me to place her in conversation with the critical consensus that he was a gender essentialist. On the contrary, I demonstrate that in the 1750s and 60s, he formulated a complex social-constructionist account of sexual difference and its relationship to language. This account challenged the origin stories of both natural law and natural history. Unlike Wittig, however, Rousseau viewed sexual difference as essential to morality, and therefore he encouraged individual and social practices that would protect this fragile construction.

I am also interested in Quebec and translation studies.

“Inverting the Text: A Proposed Queer Translation Praxis.” In “Translating Queers, Queering Translation”, special issue edited by B.J. Epstein of In Other Words: The Journal for Literary Translators, no. 36 (2010): 54–68.