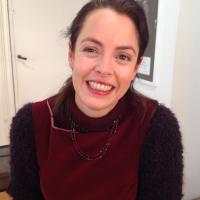 Déborah Blocker is currently conducting a comparative investigation into the social and political history of early modern understandings of the “arts”  tentatively entitled  “Uses and conceptualizations of the “arts” among two major aristocratic lineages of the Mediterranean (1550-1700)." This project is a parallel analysis of engagements with “arts,” crafts and know-hows within two major aristocratic lineages of the Mediterranean world, the Montmorency of France and the Strozzi of Florence, Rome, and Venice. The projected study analyzes the family archives (correspondences, financial papers, household inventories, etc.), just as much as the “art” collections, libraries and monumental constructions (castles, churches, funeral chapels, mausoleums, etc.) of several of the most famous members of each of these families. The research is conducted from a microhistorical perspective — that is, by centering the analysis on the intermingled trajectories of a restricted group of individuals, within their specific social, cultural, and political circumstances. These circumstances are that of the rise of authoritarian (sometimes labelled 'absolutist') régimes, which, in early modern Europe, coincided which the progressive marginalization of many otherwise powerful aristocratic families and, more generally, with of that of the most distinguished members of the courtly élites, whose legal, financial, and political privileges, as well as social prestige, were progressively curbed to allow for the legitimization of more centralized forms of monarchical or princely power. The individuals who are studied prominently is this new project are, among the Montmorency lineage, Anne de Montmorency (1493-1567), Henri I (1534-1614) and Henri II (1595-1632) of Montmorency, as well as the wife of the latter, Marie-Felice des Ursins (1601-1666). Among the Strozzi, the research focuses on Piero (1510-1558) and Leone Strozzi (1515-1554), as well as on Giovan Battista Strozzi il Vecchio (1504-1571), Giovan Battista Strozzi il Giovane (1551-1634), and Carlo di Tommaso Strozzi (1587-1670) and his son Luigi Strozzi (1632-1687). These microhistorical investigations will support, at the macrohistorical level, the development of intricate comparisons between the French court nobility and the Florentine patriciate under Medici rule, as regards their uses and understandings of the "arts."

Déborah Blocker (ENS Ulm, Lettres 1990; DEA in Political Science — Sciences Po Paris, 1993; Doctorat in French Literature and Culture, University of Paris III, 2001; HDR in Comparative Literature, University of Paris IV, 2017) is Professor of French and affiliated faculty in Italian Studies. She has been an engaged member of the Groupe de recherches interdisciplinaires sur l’histoire du littéraire (or Grihl: http://grihl.ehess.fr) since its inception in 1996. She was visiting professor at the EHESS in Paris in the spring of 2014, and visiting senior research fellow at the Sonderforschungsbereichs 980 ("Episteme in Bewegung. Wissenstransfer von der Alten Welt bis in die Frühe Neuzeit”) in Berlin, in June-July 2019, within the framework of Teilprojeckt B05 (“Theorie und Ästhetik elusiven Wissens in der Frühen Neuzeit: Transfer und Institutionalisierung” — http://www.sfb-episteme.de/teilprojekte/zeigen/B05/index.html). In the spring of 2022, she will be senior resident researcher in modern and contemporary history at the École Française de Rome, at the Palazzo Farnese in Rome (https://www.efrome.it). At UC Berkeley, Déborah Blocker is also affiliated with the doctoral program in Romance Languages and Literatures (https://romancelangs.berkeley.edu), on the executive committee of which she has served (2017-2020). She also sits on LIBR (https://academic-senate.berkeley.edu/committees/libr) since 2018.