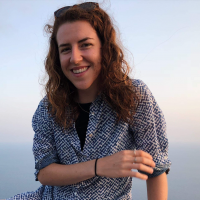 I am a first-year PhD student in French. I hold a B.A. in European Studies, French, and Spanish from the University of Toronto, where I also completed an M.A in French Literature under the auspices of the Social Science and Humanities Research Council of Canada. My Master's thesis, Le roman comme énonciation du silence: Anna Lanfus et Esther Orner, investigates strategies for saying the unsayable in the context of historical trauma -- considering the writings of Polish-Jewish and German-Jewish authors Anna Langfus and Esther Orner, both of whom wrote in the Shoah’s aftermath and developed expressive strategies for recovering histories consigned to silence and loss. These strategies include eliding one’s mother tongue, creating a “poetics of childhood,” exploring the communicative capacity of silence, and other means of establishing continuity out of rupture, memory out of forgetting. At Berkeley, I will continue to pursue my research interests in form and ethics, with a focus on questions of precarity, vulnerability, hospitality and care.

I grew up partly in Providence, Rhode Island, and partly in Perpignan, France. I have studied at the Universidad de Salamanca in Spain, worked at non-profits in Providence and in Paris, and worked as a legal research analyst this past year at Blue J Legal in Toronto, a Canadian start-up that uses AI to make the law more transparent and accessible.